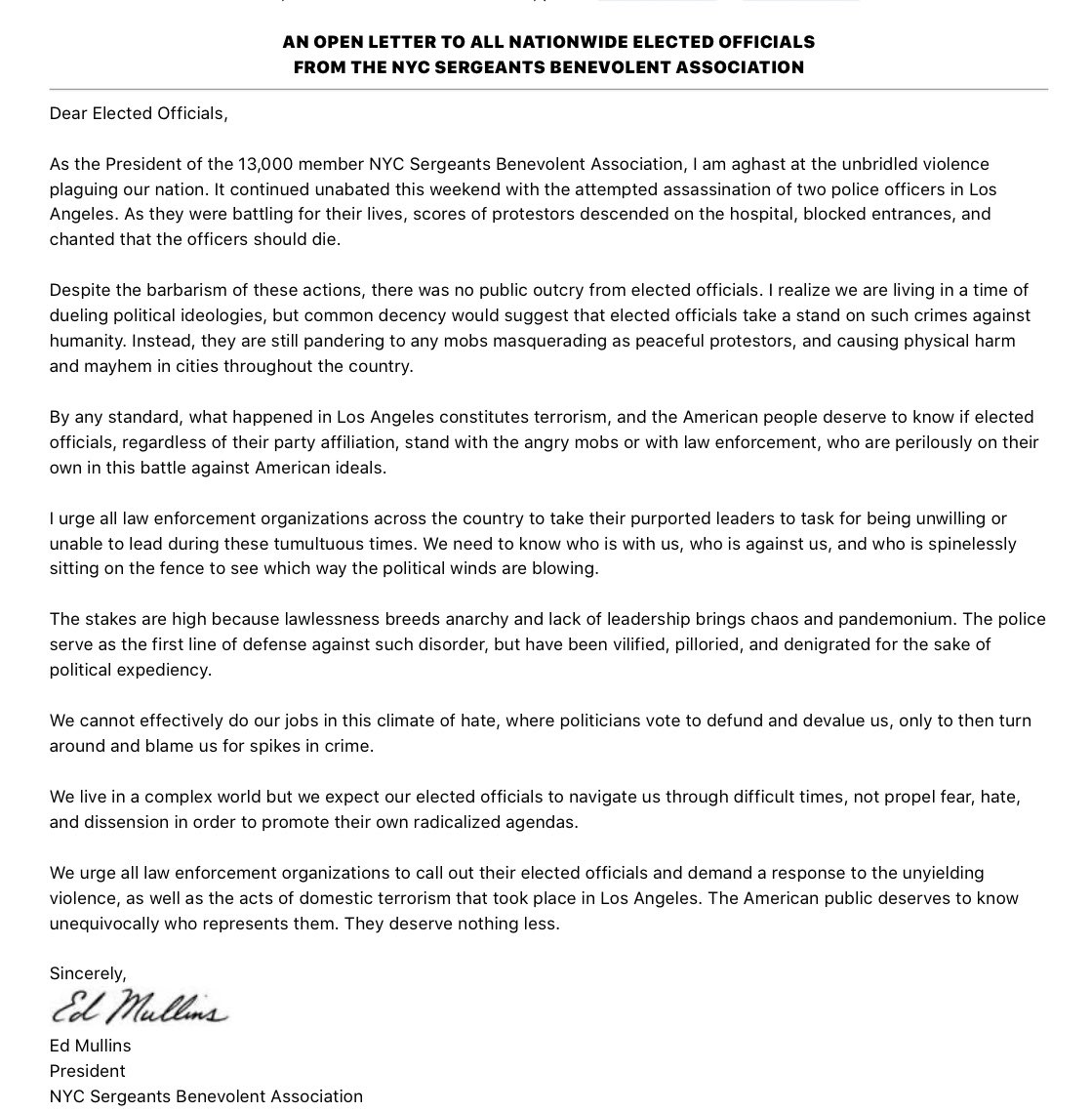 Democrats across the country are defunding and dismantling police departments. This isn’t just ridiculous, it’s dangerous.

From Portland to New York City, Seattle to Chicago, they are out of control, period. At a time when violence has come to cities across our country, they think the smart thing to do is get rid of the very people who protect us, day in and day out.

Our police officers aren’t just facing the spineless liberal mayors who have abandoned them in cities across America, they’re also facing horrific violence for simply doing their jobs. They’re under constant threat of assault and in some cases during these riots, both active and retired officers have been shot and killed.

We must protect our police officers against this lunacy. They are the best of America in so many ways, and they deserve our support at a time when they aren’t getting any from the politicians in charge. Sign the petition to Support The Police!

Paid for by Restoration PAC (www.restorationpac.com) and not authorized by any candidate or candidate’s agent or committee.